Share this page
Posted by WWF Arctic in From the field, General on 3 August, 2012
Tags: greenland, Last Ice Area 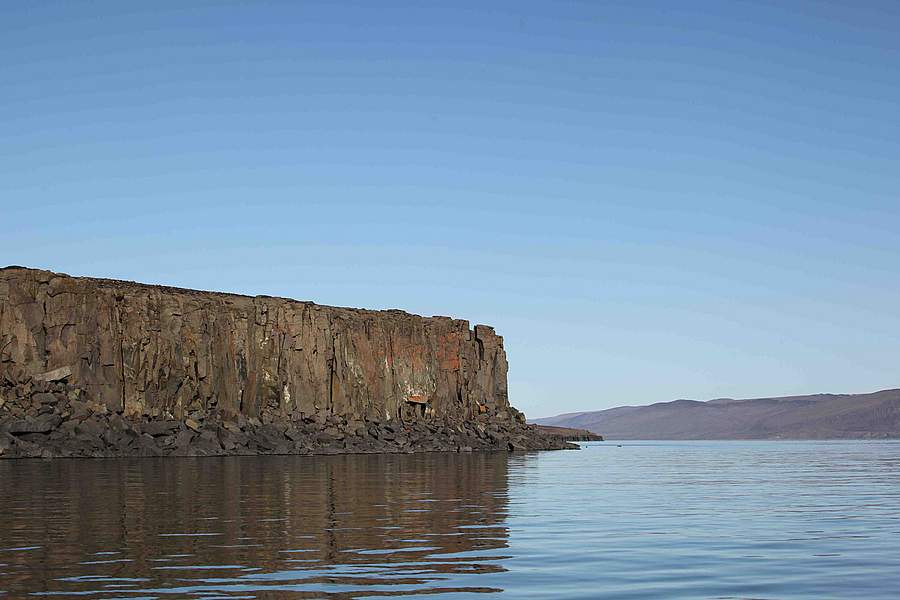 Sascha Schiøtt is 25 years old and was born and raised in Qaqortoq, South Greenland. She has been interested in nature and wildlife since childhood, and has worked as a student at the Greenland Institute of Natural Resources in Nuuk. Here she helped with sampling data for several studies. This sparked her interest in Arctic biology and she is currently studying biology at the University of Aarhus, Denmark.

As a member of the voyage to the Last Ice Area, Sascha is helping with outreach and activities in town and settlements visited en route, including translations from English to Greenlandic and Danish. 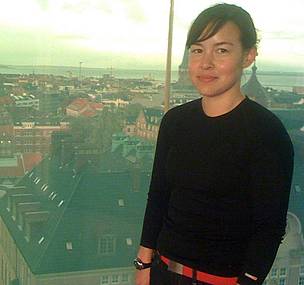 I was born and raised in South Greenland, in a town called Qaqortoq, where the climate is with relatively mild with warm summer, temperatures of up to 20 C or more, and mild winters. Because we don’t get sea ice during the winter, there are no Huskies either. We actually also have a few introduced trees and flowers as well as cultivated farm land.

Coming from South Greenland and going up north onboard the Arctic Tern, has really impressed me, as I always get amazed at how big Greenland really is, and how diverse the nature in Greenland is. In fact some of the flowers we have seen during the trip, are flowers I haven’t seen before in my life, as some only grow in Northern Greenland. Since yesterday, we have seen a lot of little auks. They are mostly found in the high arctic, and I have never seen them in South Greenland.

What I hope to see here on this trip, are Narwhals and Belugas. They are really rare to see in south Greenland and I have actually never seen any, only what we can buy in the stores, which are sent from hunters from North Greenland. Not only are some of the animals and flowers different from what I know from growing up in South Greenland, but also the mountains seem different. The mountains here, gives me a feeling of how harsh the winters they have up here really are. The mountains up here seem to be more fragmented, as a result of glaciation and also from the frost heaving, where ice formation in small cracks in the stones makes them fall apart and therefore erode faster. This gives the mountains a more rough and fragmented look.

And it is amazing to think, that the sea is covered with sea ice during the winter and that the sun goes down for at least 3 months. All of this makes me amazed that people live this far up north, but I can also see how beautiful a place it is to grow up in and live in. Some day in the future, I would really like to experience the winter up here, experience the sea ice, the darkness and the cold. All of this makes me want this place to remain like this in the future, as these special conditions make it possible for some animals to survive and also is an important part of the big ocean and therefore the rest of the world. It is a shame to think that this might not be like it is today in the future.