Share this page
Posted by valentine in From the field, General on 15 July, 2012
Tags: greenland, Last Ice Area 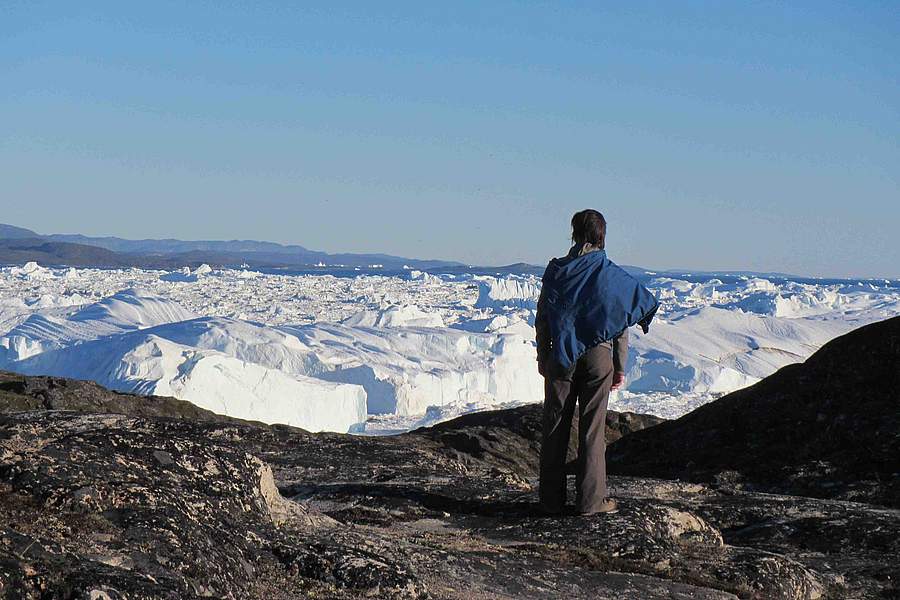 The next day we decide to circle Disko Island to the east to see the mythical Ilulissat glacier. It’s the source of nearly 10% of Greenland’s icebergs, and is often considered one of the most productive in the northern hemisphere. We are not disappointed.

The villaqe of Ilulissat is already active, with many people in the streets (in proportion to the village’s size, of course!). A few stores open (even though today is Sunday), and a few restaurants. It is after all the third largest municipality in the area, with about 4,500 inhabitants.

Our captain is already here. He guides us for a short hike (the crew was initially divided on which direction to follow – women on one side and Grant on the other – the reader will have to guess who won) and we finally made it to the Jakobhavn glacier and an unforgettable view! Icebergs, bergy bits, small ice cubes, whites, blue, transparencies and so on, an ice field so compact, no doubt, this is the right place!