Share this page
Posted by WWF Arctic in From the field, General on 27 July, 2012
Tags: greenland, Last Ice Area 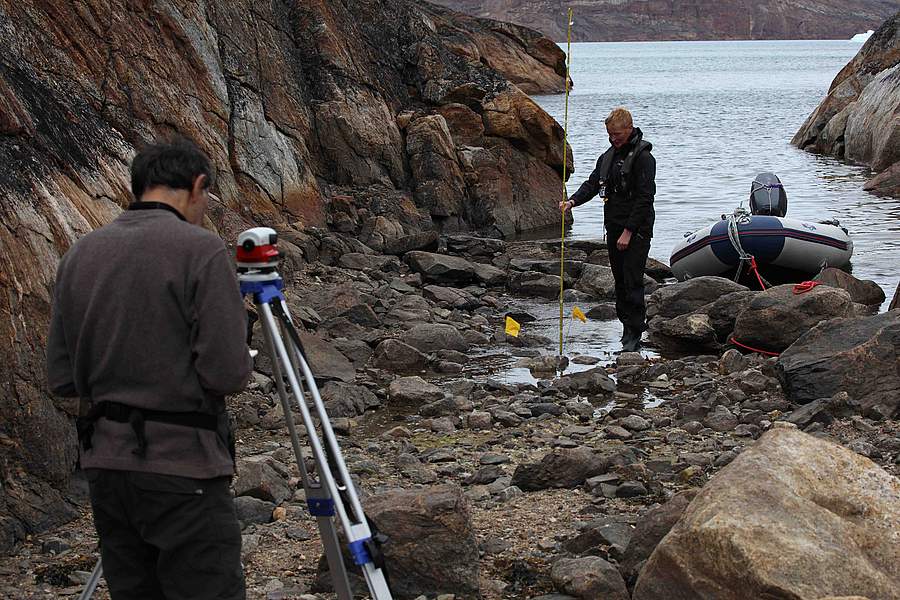 Looking at the detailed maps available, I thought I had found an area close to our planned route north where there was a good chance of finding a salt marsh. I was optimistic although no marshes have been reported this far north, as I had seen some salt marsh plants at Tasiusaq where we spent our third night.  So as it was warm enough for a marsh to grow, it was just a question of protection from large waves and ice damage.

Reaching the area took extra time, including a slow crossing of the aptly-named Giesecke Ice fiord, where the question was constantly which ice floes were safe to bump into – OK if the size of a vacuum cleaner, preferably not those the size of a fridge.  But when we reached the site, all we found we found was a small round bay with a few small bergs bobbing about, enough to destroy any marsh starting to form.   But at least I saw some more of the grass-like plants that I wanted, in the splash zone above the high tide line.  A bit disappointed, under thickening cloud on our way on to a potential mooring point for the night, I had a 2-second glimpse through a crack in the edge of an island of just what I was after – plants below the high tide line.  In less than an hour, with the help of Mette and Valentine, I had a few samples from the most important zones of this new marsh, each one ‘leveled’ to give a position in relation to the today’s sea level – crucial to interpreting the lab findings when I am back at Durham University.