Share this page
Posted by Tom Arnbom in From the field, Polar bears on 10 April, 2014
Tags: svalbard

No ice in the fjord near Longyearbyen, Svalbard.
© Brutus Ostling / WWF-Canon

When we came in for a landing at Longyearbyen, the fiord was totally open, no sea ice at all. Something which was unthinkable not too long ago. You could easily drive a skidoo on the fiords as it was the quickest way to transport yourself along the western coast. Today, you will make a belly flop and kill the skidoo. It takes days to get to places which before was just a few hours away.

At the airport Jon Aars, Norwegian polar bear scientist, greeted us and told us immediately that we may have to change the route for the expedition while some dramatic shifts have happened to the sea ice. Last year the sea ice froze much later than usual around Svalbard. Female polar bears on their way to their usual denning areas on the islands Hopen and Kung Karl, would have been challenged to get there due to lack of sea ice, they have no ”ice road”. They had to go somewhere else, and therefore most of the females must have given birth somewhere else. In addition, this year’s sea ice in the south east is so thin that the researchers cannot safely work in that area. They would risk the helicopter falling into the sea. That is why we will head north to the thicker ice edge and fiords with ice. So the bears are likely already responding to the shifting sea ice.

Tom on what we hope to learn from the expedition 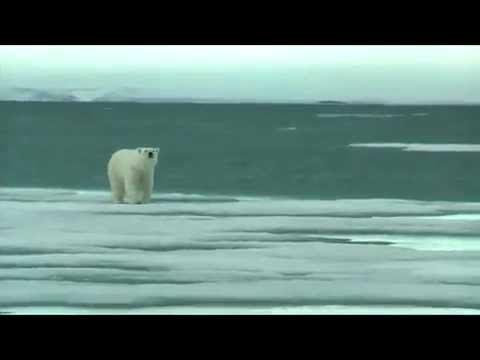