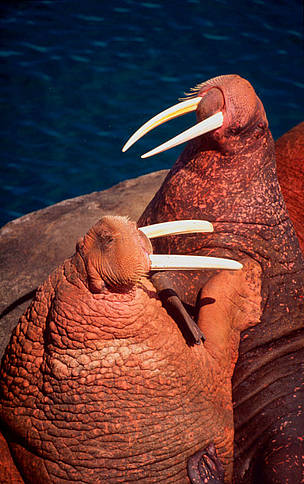 I have always been fascinated by the effects of climate change on our planet. What is so interesting with the Arctic is that climate change occurs twice as fast in high latitudes in comparison with the rest of the world. This week I am in Bergen in Norway where I’ll find out  more about another effect of the excess of carbon dioxide in the air, ocean acidification. The Arctic Council is sponsoring a conference here on this threat to the Arctic Ocean.

Arctic Ocean acidification will lead to significant effects on sea life. Acidification impacts on Arctic marine life are affecting the abundance of organisms such as pteropods (small sea snails) which serve as a foundation for the Arctic food web. The increasing acidity of the water makes it harder for them to build shells. If we lose great numbers of these key species at the heart of Arctic Ocean food webs, then other animals such as walruses will also be threatened, with impacts on Arctic communities. These changes also threaten multi-million dollar Arctic fisheries.

It is increasingly clear from the scientific findings that immediate cuts in CO2 emissions are essential to slow the acidification of the Arctic Ocean. Knowledge about this environmental problem has expanded rapidly in recent years. WWF believes the research being discussed here this week should pressure the Arctic Council and its members to create a coordinated voice by Arctic states and observer states in global negotiations on climate change. As producers of much of the global supply of carbon dioxide pollution, the Arctic states and Arctic Council observers have an obligation to lead in these negotiations.