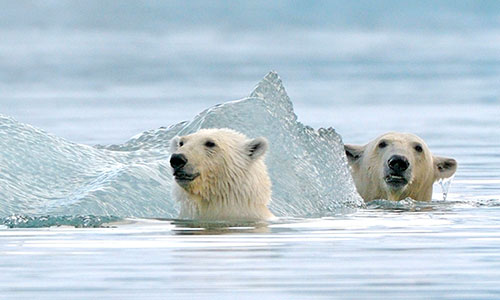 BROOKS YEAGER has considerable experience with issues in the U.S. and Circumpolar Arctic including: Deputy Assistant Secretary for Environment and Development at State; lead U.S. negotiator for the 2001 Stockholm Convention on Persistent Organic Pollutants; Deputy Assistant Secretary for Policy and International Affairs at the Interior Department. He also worked with the State Department on the establishment of the Arctic Council. This article originally appeared in The Circle 01.15.

As part of a wide-ranging and ambitious agenda for its upcoming chairmanship of the Arctic Council, the US has expressed its interest in moving towards a regional seas approach to improve stewardship and governance of the Arctic marine environment.   What this means has not yet been fully detailed by U.S. officials, although as Brooks Yeager writes, enough has been said that we may make some educated guesses.

The regional seas approach has its roots in Regional Seas Agreements, which are cooperative intergovernmental frameworks for ocean management and conservation in various areas of the world’s oceans. A number of such agreements, or RSAs, have been formed under the auspices of the United Nations Environment Program (UNEP), while others are essentially autonomous regional associations based in the sovereign authority of their member governments.

Although RSAs are by their nature frameworks, often crafted with enough flexibility to evolve over time, they frequently have specific aims with respect to which their member governments organize their efforts.

Notable among existing RSAs are: OSPAR, the Convention for the Protection of the Marine Environment of the North-East Atlantic which seeks to conserve and prevent pollution in the NE Atlantic; HELCOM, the Baltic marine Environment Protection Commission which aims to restore and protect the environment of the Baltic Sea; and the Black Sea Convention, which seeks to maintain the health of the Black Sea ecosystem.   There are, of course, many more RSAs, including in the Mediterranean, the Caribbean, the Eastern Pacific, and even for the Caspian Sea.

Although the U.S. was historically a reluctant partner in the initial formation of the Council, the Council’s utility as a forum for discussing Arctic policy matters, and the success of its working groups has caught the attention of successive U.S. administrations.

What would be the primary purpose of an Arctic RSA, should one be established? Of course, this would be subject to negotiation among the Arctic governments. However, State Department officials have dropped some hints relating to US objectives. One of the three principal pillars of the US chairmanship is “strengthening stewardship and management of the Arctic marine environment.”

An RSA oriented to such a goal might be expected to emphasize cooperation in science and monitoring, as well as management techniques such as ecosystem-based management (EBM) and the conservation of valuable and vulnerable marine habitat.

At the same time, Admiral Robert Papp, the new US Special Envoy for the Arctic, has made it clear that there is also an interest in maintaining and advancing practical cooperation on maritime safety and navigational issues, including pursuing coordinated implementation of the existing agreements on search and rescue (SAR) and oil spill preparedness and response (OPPR). It seems likely, therefore, that an Arctic RSA would have such a practical orientation at its core.

The question of the appropriate membership of an Arctic RSA is an interesting one. Although one could imagine such an RSA including only the Arctic littoral states, i.e. Canada, Denmark (for Greenland), Norway, Russia and the U.S., U.S. officials have made it clear that they would seek to include all eight Arctic governments, as well as the so-called “Permanent Participants,” the representatives of the Arctic’s Indigenous peoples. In part, this preference reflects strong U.S. support for the existing Council, as the appropriate forum for the coordination of policy and management approaches in the region. Although the U.S. was historically a reluctant partner in the initial formation of the Council, the Council’s utility as a forum for discussing Arctic policy matters, and the success of its working groups over twenty years in framing significant problems for resolution has caught the attention of successive US administrations. The result is that strengthening the Council has now become a significant priority for the U.S. chairmanship agenda.

Whether the specific potential benefits of an RSA that the U.S. conceives can actually be brought to fruition depends on the reaction of the other seven Arctic Council nations, the Permanent Participants and the broader community of institutions and organizations who concern themselves with development and conservation issues in the Arctic region.  There have already been some encouraging signs, in terms of the responses of the Senior Arctic Officials in the recent Yellowknife meeting, and of various interested groups, including the informal Ecosystem-Based Management Expert Panel, which endorsed the regional seas approach at its recent meeting in Trondheim. The EBM panel, in particular, pointed out that an Arctic Regional Seas Agreement would be a useful framework in which to share experiences and methodologies and to improve coordination of implementation of the ecosystem approach to management of the Arctic marine environment.