Share this page
Posted by valentine in From the field, General on 1 August, 2012
Tags: greenland, Last Ice Area 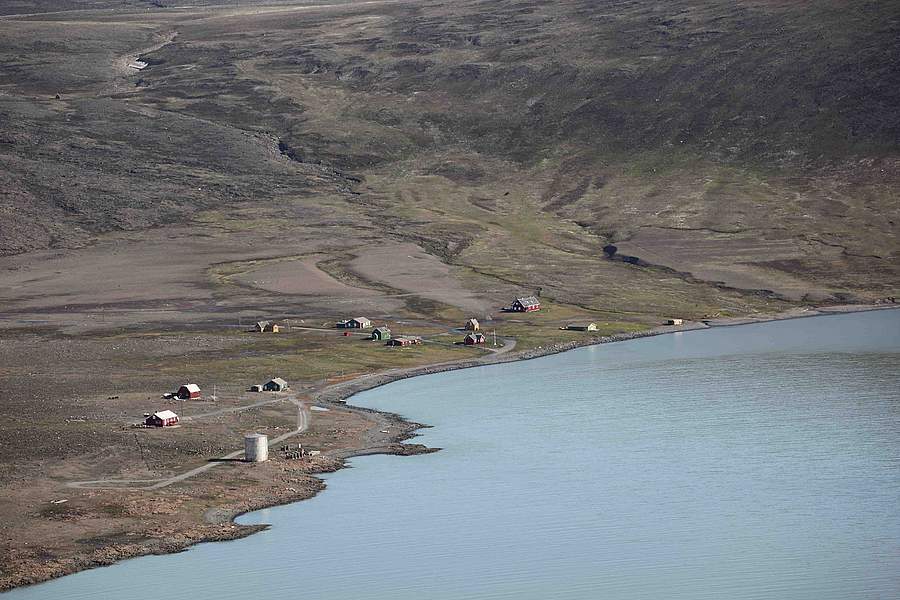 The abandoned site of the original Qaanaaq. © Students on Ice / WWF-Canon

Leaving Savissivik, we decided to head to our next stop right away as the wind wouldn’t leave us alone and the anchorage was not safe for a longer time. So after an hour stop, we kept going and were aiming for the North Star Bay and Pittufik/Thule Air Base. A little bit of wind, enough to set the sails and turn off the engine for a few hours, a few icebergs and here we are, actually sailing in good conditions for few hours. The crew enjoys the silence of a sailing boat, actually sailing. As the night passes, we go through our watches. The crew does 3 hours watch and the guests do 2 hours watch, everyone has to wake up in the middle of the night at some point!

By late morning, we are close to the Thule Air Base. We call them and ask for permission to come around: all right, we can anchor around the old settlement of Qaanaaq at the foot of Mount Dundas, but no permission to dock at the actual Base. Fair enough, the anchoring spot looks very nice and very well protected. So… it could be a full night for everyone. Maybe…. It always depends on the weather, the quality of the anchorage, and our obligations for the next days. 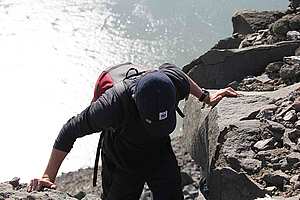 All happy and well fed by the beginning of the afternoon, we head on shore for a walk. Getting up the hill is kind of hard after several days on board! It feels a bit weird, but very nice. We climbed Mount Dundas, where a small and steep path with lots of rocks and scree and a bit of climbing with ropes challenged us. Very amazing landscape from the top, 220 meters above sea level: one side on Thule Air Base, the other way on icebergs, a glacier and offshore. A 360 degree landscape – every minute we all think that we are quite lucky to be here!

The Thule Air Base is a very important place for Greenland as far as history is concerned. There was a settlement here called Qaanaaq until 1953 and the Americans came during the cold war and requested the land to establish a military base. That is how 117 people “were invited” to go and live somewhere else. So the settlement was abandoned and you can see today that the old settlement houses are still there, quite in good shape actually. From the sea, we could see the American Air Base, it does look bigger than expected, and seems to be in a very good area — flat, close to the ice cap and protected.